It’s difficult to get answers on a lot of unfinished business I have left for the year. It’s like a list of New Years’ resolutions, but things that need to be done before the end of the year, and that aren’t fun and whimsical ways to kill a week.

1. What happens if you don’t have health insurance in Massachusetts?

The short answer is, you get fined. And if you refuse to pay the fine, then you might go to jail! If you’re on a high-enough income, you could afford the $600 a month program for a married couple that the MA Health Connector so helpfully recommends as the cheapest “Bronze” option (which doesn’t cover anything). This is the regular recommendation for “higher-earning families” because my husband and I make less than $1000 per year over the maximum income limit to be eligible for health insurance programs for low-income families.

Rents are disgustingly high here. Those income limits should be revised, but it doesn’t even matter – as a legal immigrant, I’m not eligible for low-income programs anyway! Regardless, I have no interest in going on “low-income” programs. There’s no shame in it, but it is such a ridiculously polarised view of personal finance – either you’re poor or you’re rich. Where is the fucking middle-class in America? 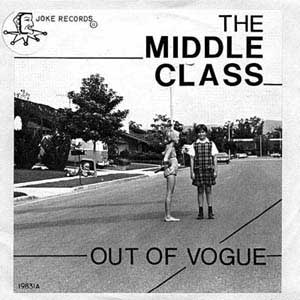 2. Why do I come down with flu-like symptoms every time it rains?

I have actually moved in with a friend of mine, thinking that the lack of heat and possible mould in her basement was making me sick. Everything I’ve read online seemed to point towards mould allergies (developing or existing) as the culprit. But I’ve since moved in with a friend, and she doesn’t have mould anywhere in her house. I am a wimp about the cold though – I tend to keep it warmer, but now that I’m sick, I can’t be trusted as a reliable temperature gauge, so I let her eat all my Nestle cookie dough. She’s so obsessed with it that hopefully she will get sick and know how it feels (just kidding). But I’ve been like this for a while, and the mystery is starting to get on my nerves. Usually I would see a doctor, but that is more of a privilege here.

In the only “developed” country in the world with NO universal health care, the doctors most people see are WebMD or Yahoo! Answers. There is no NHS Direct website, no NHS hotline, and definitely no NHS, period. If I search “runny nose” and “sore throat” as symptoms I will discover I have everything from ragweed allergies to a CSF leakage. Most people get worked up into a panic because Dr Internet, the only doctor who doesn’t discriminate, is telling them they will all die.

My sinuses are worse than ever. It seems that the harder it rains, the more tissues I use up. Having gone through 2.5 boxes today, this proletariat is going to visit her doctor in the UK, where, as a citizen and still ordinarily resident of the UK, she is fully entitled to do so, for tests, consultations, medication and brand new organs if fucking necessary. Hopefully I can stick it out until then.

Behemot: In Soviet Russia, healthcare improves YOU. ...Because we spent $10 million reforming it in 2011.

3. Why do airlines jack up their prices willy-nilly?

I have always wanted an excuse to say willy-nilly in writing. But after four months of waiting around on my manager, I was finally given approval for some unpaid time off, so that I can go visit my family and friends for Christmas (and my birthday). I decided to wait until I could afford it.

The funny thing is, is that once you’ve saved up the right amount for a plane ticket home, the airline somehow senses this and doubles the price of your ticket. So instead of paying £372, I’m now being forced to pay £689. Thanks, Virgin Atlantic. Even though you offer seatback TVs and tiny little ice creams in the summer, the fact that I’m somehow saving money at this price by part-paying with air miles is too much for me to fathom. Though I do enjoy your cheeky advertising. 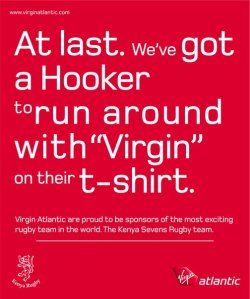 Sadly, I can’t afford it, and there’s a good chance that I might not actually be able to be with some of the most important people in my life for a couple of measly weeks. Which will leave me unemployed for 2 weeks, on my own, and unwell, with no medical insight. Merry fucking Christmas!