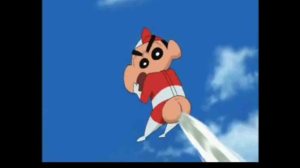 No, this isn’t a post about farts. It’s also not a post about the local creepy, top hat-wearing, face-tattooed perv by that name who tries to feel people up at laundromats (reasons 1, 2 and 3 why you should never go into a laundromat).

Scotland wasn’t the only place battered by gale-force winds today. This morning I had to use my twig-like legs to stop the wind from careening me into the path of passing cars. I probably looked drunk. At least I wasn’t on a flimsy bridge trying to cross the Charles River like the last time it was this windy. For a job interview last year that turned out to be in the opposite direction.

My roommate owns her own condo, and it’s much closer to the water than the last place in which I was staying. That might have something to do with the severity of the wind, but having to walk against it all the damn way to the train station was a battle I did not want to face after grossly oversleeping (i.e. waking up after the sun) this morning.

The bitter winter wind, blowing over a range of snowy summits to the north, almost flayed the skin from our faces.

OK, so my journey to the train station to a fairly cushy job cannot be compared to the horrors of Lowood, but we did both drink coffee. But it proved how insufficient everything I was clothed in was against this weather. It was if I was wearing nothing at all.

I learned the hard way that you really have to dress like a damn skier here. Everything should be windproof and light layers. Scarves should be twofold. If you have gloves, wear one pair of normal, finger-fitted ones, then wear a pair of mittens over the top. Keep your sinuses warm – one of those long animal hats will do the trick, and I can testify that the official Harry Potter hats are fairly snug, but if you’re worried about looking like a twat, then you can fuck off and freeze to death. This is New England, not a fahkin’ fashion show.

Sunglasses are also a year-round necessity. They’re not just for summer glare or to protect your eyes from shrapnel dislodged from eye-level speeding trains (I’m not kidding – watch out for the trains heading to Rockport; every single last one of them will give your skirt an atomic wedgie and disembowel your umbrella). They are to protect you from the wind actually trying to bitch-slap the tears from your eyes. Don’t even bother doing your hair (although it’s good for a Pocahontas moment) or makeup before you leave the house. This is why you see so many people applying their mascara on the train.

On the subject of trains (because I love them so), don’t be fooled by the clattering cacophony in the distance when it’s 8.06am. That’s not the 8.06am train, because that usually swans in at 8.14am (when the next train is due). It’s the wind rattling on the roof – the only piece of shelter at the train station looks like something a homeless man would have fashioned out of melted 1950s diner trashcans and some olde English radiators. Literally a tin roof. The wind is a heartless bitch trying to trick you, because if she can’t fart you into the Charles River, she will fool you with her crackhead sense of humour into thinking you might escape her aerodynamic bullying on an MBTA train that would logic-defyingly turn up on time.

So the next time you’re watching a horror movie and someone says “it’s just the wind”, it fucking well IS the wind. The wind is out to get you!