This morning on the shuttle bus, I was forced to sit next to a man who was standing up and thrusting his crotch at my face over and over again.

As much as I hate trains, they never get as crowded as the shuttle. As much as I hate the fact that they have LESS open doors (causing near-stampedes when boarding/alighting), are never on time, and seem to allow anyone to open the doors at any time (even before the train has stopped), the only time they ever get nearly as crowded is when the previous two trains didn’t show up. And because the crowds vote with their feet by all cramming into the aisles, there is virtually no way for the conductor to collect tickets, so he gives up. Because I keep forgetting to buy a monthly pass, that’s a few odd train rides per month that I never end up paying for! 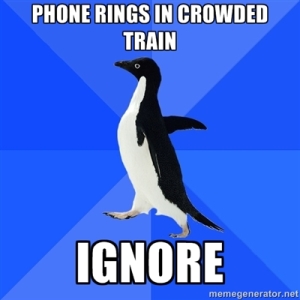 Since the shuttle is free, there is no naughty reward for a crowded aisle, unless you like the idea of a sweaty-fupa-ed man doing stripper tai-chi moves at you because his crotch is at eye-level and he can’t quite keep a steady balance while checking his CrackBerry.

Most buses in England have adequate poles, fabric straps hanging from the ceiling and/or entire ceiling-long bars you can grab onto for balance.

As I’ve said previously, you’re lucky if you get two poles at the front of each car. These shuttle buses are so varied in their design that most of the newer, smaller minicab ones have absolutely nothing. If you are stupid enough to stand instead of waiting for the shuttle that’s right behind, you will have to hang onto the top of a seat. No cord, no pole, no seat handle – nothing. It’s illegal, or at least it is according to a woman who freaked out about people standing in the aisles, made a huge scene and then got back on when a seat freed up. 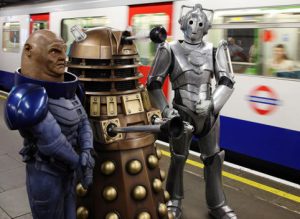 Everyone wants to sit down, but most of these people were lying on their bed, sitting at the breakfast table, sitting in their car to the train station and then sitting at their desk at work. The only time they’re standing up is in the damn shower, or, if you’re a man, to wee.  What I don’t like is the fact that the same four people sit in the same seat in the same car on the same train. Always at the front (the seats that say “priority disabled seats” while the blind man has to sit a few rows behind, separated from his friend), chatting as if there should be a damn accent table with civet coffee and ferrero rocher.

It’s a rush-hour train, so many times I have to perfect the art of holding the pole, my phone and my coffee all in one hand, while grabbing money to pay for my ticket with the other. Also: deliberately blocking these smug assholes from thinking it’s their birthright to just stand up and get off the train before everyone else who was standing just inches behind them. It’s like a bitchy game. 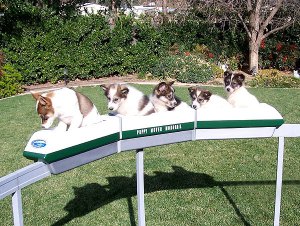 Over the weekend, I was sitting in my local coffeehouse. Nowhere to sit except the big table.  I was surrounded by 4 or 5 perky blonde women who politely asked if I could go and sit somewhere else because their large group wanted to sit together. I deseated myself graciously and tiptoed elsewhere with my breakfast, because they were nice about it.

If you’re on the train, people take up the 3-seaters by sitting on either end, as far away from each other as possible. You know it’s a busy train when people are actually asking that person on the end to move up a bit so they can take up that third seat, and you know that end person is a controlling arsehole when they make you sit in the middle instead of pushing up. Conversely, the asker might not even bother to ask, just sit down, hit your shoulders with their elbows, swing a bag in your face and generally act like you’re not there. Much like the sweaty, fupa-thrusting stripperman. 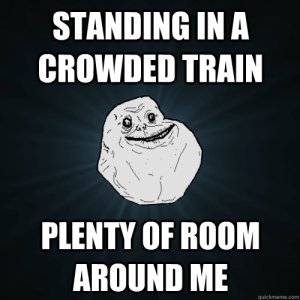 Etiquette regarding seats just seems to have gone out the train window. Older people seem to be worse about it. Maybe it’s because their healthcare system treats them like shit and no-one actually lets them sit in the seats at the front? Bunch of stupid brats who never got off their lawn and didn’t even have the decency to put up proper signage telling able-bodied people to fuck off out of those seats.

Getting that coveted seat is like a reward for being stupid enough to have to take public transport in the first place. Everyone in America has cars, and I’ve heard rumours that the MBTA are reducing routes on the North Shore. Eventually, people like me will be forced to hitchhike. But, since there’s unlikely to be standing room in some rapist’s Jeepers Creepers kidnap-a-mobile, at least I’ll be guaranteed a seat. 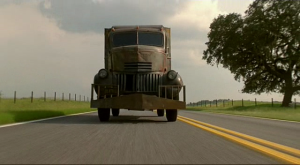