Monday was Martin Luther King, Jr day. It’s one of the major national holidays in the US, and commemorates the life and death of a pioneer in the American civil rights movement.

As a temp, because it’s also observed by the NYSE, my workplace was closed and I missed out on a day’s wages.  This left me to ponder why exactly it is it’s celebrated at all here, and why we don’t celebrate, or have an equivalent of, this holiday in the UK.

Casting an eye over everything that led up to it was my first port of call. America is a relatively new country, founded on personal freedoms, but not after a violent claim-staking of someone else’s land and, as Puritans, fleeing from the UK (where religious freedom abounded) to have the freedom to persecute in the US. Really, then, it’s a country that’s founded on violence, pillaging, oppression and segregation. The Native Americans were exiled to live on reservations in the same way that African-Americans were segregated in classrooms and banned from cafes, cinemas and dance halls.

The UK had abolished slavery in 1833. It took the US 30 years to address the problem on their own soil, but more of an war tactic than anything borne out of noble idealism. Once Abraham Lincoln signed the Empancipation Proclamation, black slaves were then free to enlist in the North’s army in the Civil War (and many of them did). The Confederacy (South) decided to follow suit at the last minute. Guess who won?

It was a controversial decision at the time, but Lincoln knew that he needed some kind of military victory to sweeten the deal. Along came the Battle of Antietam – the North won. Lincoln basically threw up his hands and said that he’d promised God that if they won that Battle, he’d sign the proclamation. Aw, dang it. Can’t get God mad at you, doop de doo, guess I have to sign that proclamation, aw geez.

No-one challened the Emancipation Proclamation in court. There were no revolts in the street afterward, or post-signing lynchings. 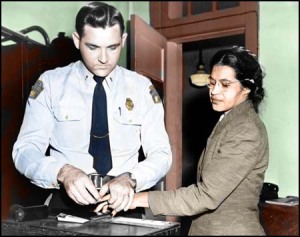 But that wasn’t the end of it. Segregation was a big one. Rosa Parks was actually sitting in a “colored” section of the bus when she refused to give up her seat for a white man in 1955. Even the arresting officer said he “didn’t know” why he was arresting her, but that “the law’s the law”. 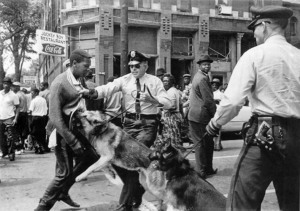 This was the lot of African-Americans – descendants of slaves who were forced over to the country, they were continued to be treated like second-class citizens, despite being citizens of the US. Slaves were given the right to vote in 1866 with the passing of the 14th Amendment, but they seemed to have no power. Being segregated in school didn’t just mean that you were sat at the back of the class – they were given less attention by schoolteachers, and had poorer access to the existing facilities that their white classmates had.

So what about the history of race relations and civil rights in the UK?

There was never any official segregation of any kind in the UK. Outdated attitudes of the day definitely led to forms of institutional racism, but there were never any “no coloreds” signs posted on the front of bars. When American soldiers came to England towards the end of WWII, they actually tried these tactics and were pretty much shut down (screw you, Eisenhower). 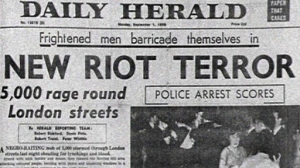 The Notting Hill race riots in 1958 sprang up from a growing disregard towards Caribbean migrant workers who were actually invited by the UK government to come here and work. Boosting a post-war economy, it also stirred up some long-forgotten Colonial-esque bigotry and resentment that these people were taking jobs instead of being enslaved into doing them. 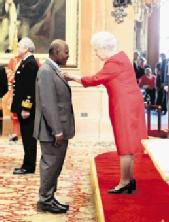 We didn’t have a heroic, pioneering orator the likes of MLK Jr. We did have Paul Stephenson, a man who led a campaign against a Bristol bus company’s anti-non-white hiring policies. The bus company overturned their policies on 28 August, 1963. The same day that MLK Jr gave his “I Have A Dream” speech.  He also got a barman fired for refusing to serve him in a bar that banned non-whites. Still alive at the ripe old age of 79, he’s received an OBE, an honorary Masters degree and the Freedom of the City of Bristol (the first non-white to receive this honour).

So why is ignorance and prejudice that much more prevalent here, and less so in the UK? I’ve experienced more ignorance and heard more racist brain-farts in my few years living in the US than I have in a lifetime of living in England. Is it because Britons live in such a nanny-state that a woman on a pram can be (rightfully) arrested for shouting foul racial abuse on a tram? Or is it that common sense is just that more easily available to us because we’ve left our backwards, Colonial thinking behind? Or perhaps it’s just that dangerously ignorant morons don’t get into power, but rather harmless, progressive buffoons?

The UK is not perfect, and racial tensions are far from gone everywhere, but, there are charities, organizations and resource groups that seek to put an end to racism before it has a chance to take effect, and help people who have been victims of racism and racial abuse, Liberty being one of the bigger ones. You’ve got the Citizens Advice Bureau to point you in the right direction, such as reporting offensive online content to the Internet Watch Foundation. And if your case is big enough, there’s always the Equality and Human Rights Commission, the Court of Human Rights and the European Convention on Human Rights.

The US was founded on principles that all men were supposed to be created equal, but they quickly changed their minds on that one, and perhaps that’s where the fury at inequality came from. In the US, your civil rights resources are the feeble-bodied ACLU and Reverend Al Sharpton. But at least Bob Jones University finally lifted their ban on interracial dating.

Something tells me that LGBT rights and equality have a long way to go Stateside. It took a lot for this day to be recognized – North Carolina was the one of the first naysayers, and even John McCain actually voted against it. Japan celebrates it. But it’s good to know that, even though the UK doesn’t celebrate it,  I used to live in a country that acknowledges civil rights leaders from outside our tiny little enclave.