I’d love to get into the habit of looking up directors’ early shorts – the more established they are and the further back you can go, the more interesting, because there’s a slight expectation to see at least the faintest hints of their current style.

Prey is a 2001 10-minute short by Ti West. Its plot is straightforward: two guys are running through the snowy woods, trying to escape an unseen attacker. Given the title, it’s clear it’s not human. The growling and blur-O-vision probably help lend credence to that theory, too, though said blur-O-vision is a little cheap-looking (I KNOW it’s a shoestring short) and borders on overused (yes, even in 10 minutes). 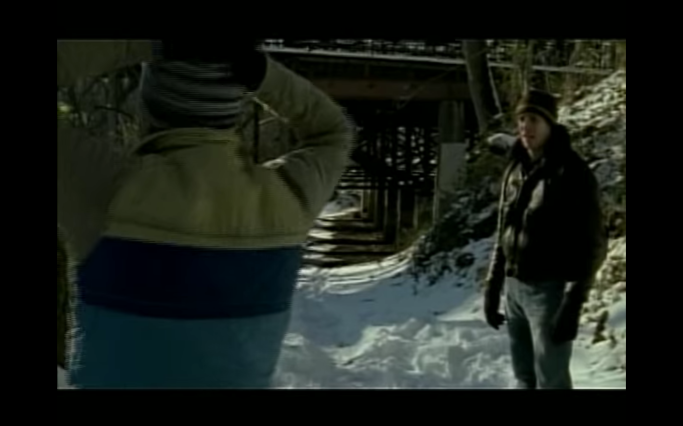 There’s not much more than a handful of dialogue, the acting’s a bit wooden, and the entire thing is set in linear real-time, yet this short speeds through its running time at a compelling pace. The camerawork veers effectively from master shots to shaky, found-footage POV, and there’s a quick flash-and-you’ll-miss-it scene in which the two leads realise exactly how intelligent their stalker is. More tense and mysterious than gory or chilling, this fast-paced short makes effective use of its simple, urgent premise has a suitably creepy mid-credits stinger.