This 2006 slow-burning horror already has a 2012 sequel featuring a just-pre-Agents of S.H.I.E.L.D. Elizabeth Henstridge. I’ve a feeling that, with more money – and hence, more seasoned actors and better resources – it might be a superior addition to this intriguing indie franchise.

I always have time for films with a twist on the typical horror narrative, and it looked like The Hamiltons – an early feature by April Fool’s Day remakers The Butcher Brothers – promised just that. Instead, I got glimmers that were aiming for it, and that’s not…horrible for a first feature.

Our story is told quite literally through the lens of shy, quiet teen Francis (Cory Knauf), who tries to cope with the recent death of his parents by filming a school project about the rest of the family (thankfully, it’s not a found-footage film). Oldest brother David (Samuel Child) takes on the head of the family role, while the older siblings, Wendell (Joseph McKelheer) and Darlene (Mackenzie Firgins) have developed a destructive, incestuous relationship. Suffice it to say, the family’s messed-up, but then we see through Francis’s camera that Wendell has been kidnapping young women and tying them to meat hooks in a basement dungeon. And, a few feet away, hellish growling comes from a grate to a room containing something that will rip anything near it to shreds. Hopefully he’ll edit it before show and tell. 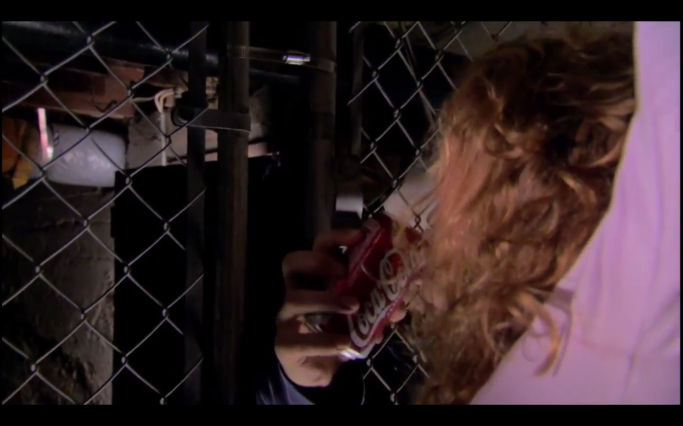 On the whole, it’s a curious premise: there’s an underlying mystery of What’s in That Room (clearly the abductees’ use is linked to whatever they’ve got locked up), and it bubbles underneath a story of loss and alienation within one’s family.

But the amateur performances just aren’t strong enough to prop up that kind of demanding material, and it’s pulled further into worsedom by the dim, hollow sound production, awkward
photography setups and questionable dialogue:

I’d like to see more of The Butcher Brothers’ work. It was clear that they wanted to offer up a more thoughtful foray into the [SPOILER] subgenre, and while this was deeply flawed, this was only their first feature film. Choosing the filmmaking pseudonym they did means you’ve a lot to live up to to avoid coming off as a cringey edgelord. Perhaps they’re just really young.