Yet another Frightfest 2016 selection and yet another feature-length directorial debut, I was unaware of the latter and perhaps had hopes set a bit too high for this one.

Zombie fest The Evil in Us has a handful of good ideas, but they’re lumped on top of a patchwork of other peoples’ themes and styles. From its grand, libertarian political undertones (The Purge), to its virus-in-a-lakeside-shack setting (Cabin Fever), and its blatantly Romero-esque news montage epilogue, by the time I got to a boat confrontation scene with its slowly swelling, Eno-lifted backing music, I couldn’t tell if I was watching a horror video scrapbook.

It’s a film that suffers on most counts, but there are glimmers of ingenuity around writer-director Jason William Lee‘s approach to the zombie pathology. Instead of a bite, the virus is delivered through a tainted batch of cocaine. It’s a tricky call; while it’s a ridiculously common drug among the protagonists’ demographic (mostly white, partying, upper-class young Americans), it doesn’t lend any of these self-indulgent, obnoxious brats much sympathy, and this film didn’t have a retro enough vibe to make it a Reefer Madness-style anti-drugs PSA. Couldn’t it have been a new type of microbrew instead? Then at least we’d get hipsters, who would have required more interesting dialogue than ‘if I don’t get fucked this July 4th [something something]’.

The other twist is that the zombies are more sentient than your average brain-nommer. Behaving more like some sort of Bulgakovian hybrid of coyote and drunken Bruins fan, these rabid shufflers will fight each other over ‘food’, growl, break necks, and can smell their prey (well, most of the time).

But we don’t find out any of this until a good hour into the 90-minute running time, an hour in which we’re subjected to a handful of horrible montages of Friends Having Fun set to the most out-of-date song choices since that time I heard the Baywatch theme at a bar in my hometown six years ago.

All of this would be tolerable if a) the characters were not groan-inducing stereotypes and b) if said characters were played by actors who could, um, act.  You have one blonde who hams up her slutty clichés one minute and then literally cries like a baby the next; two bland leads whose relationship paints their personality for them; two minorities who cause the most trouble; a rich-bitch redhead;  a local yokel resembling Alfred Molina as a casino handyman; and a city cop whose actor channels his best impression of more important cops played by actual actors in action-thrillers with lots of sweaty close-ups. I’m sorry; there’s no kind way to say this – they’re all just so awful. Just not believable in any way, and not even coordinated. It’s like they’re just imitating people from other, similar movies. 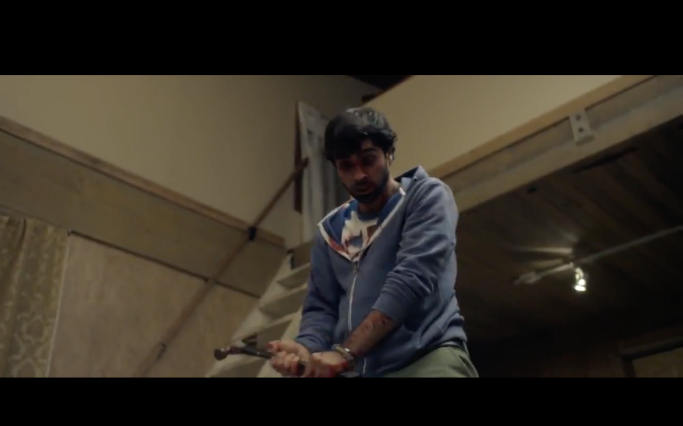 And everyone – EVERYONE – sounds Canadian, because (checking IMDb), they actually are. Look, this isn’t giallo – why not just set the fucking thing in Canada, or have them be Canadian kids on a trip to emphasise the awkward exchanges with the ‘not like us’ locals? They’re already from out of town!

The last ten minutes of aforementioned Romeromontage comes off as an afterthought, and rings hollow tacked on the way it is instead of being used to support instances that could have been peppered throughout the film. Given that we follow three different plot strands, this could have been accommodated. Instead, we get a messy, unfinished conclusion, as if everyone involved just went ‘fuck it, I’m going to Tim Hortons’. You know, because it’s fucking Canada. 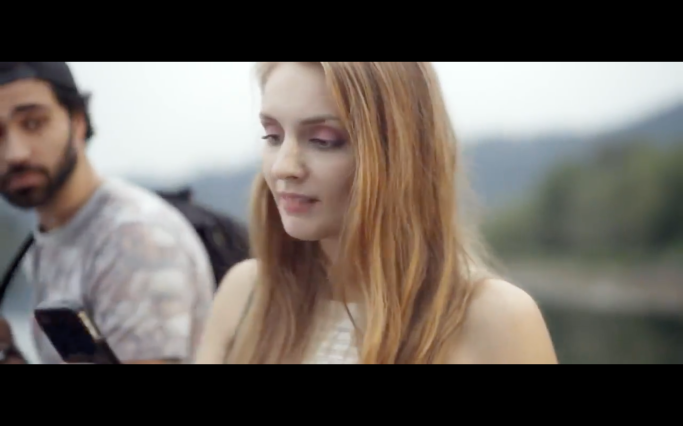 at least her eyeshadow is cool.

The tinny sound production doesn’t help matters; everybody seems forced to speak louder than their natural volumes, resulting in some awkwardly stilted line readings. Nor did the clichéd dialogue make it any better – the final lines have a news anchor implausibly ask a conspiracy theorist/author “And you are crazy?”. Maybe I am, for continuing to type until this post has exactly 666 words. Yes!