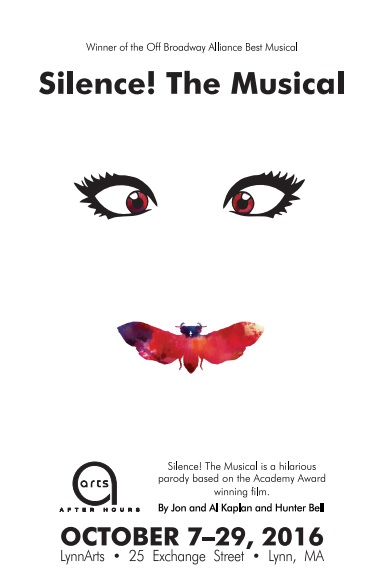 How can a musical featuring a song called ‘If I Could Smell Your Cunt’ be so painfully tedious? And from especially an Arts After Hours production, a reliable staple of my last two Hallowe’ens, and yes I am drunk but I am so pissed off that this was such a terrible, awful, no-good disappointment of a Friday night out. And you know what’s worse? The fact that the players had such a pervasive energy that it felt rude not to acknowledge its potential to make a decent show better, if not for a cringe-driven exercise in overly-telegraphed humour that left the performers’ would-be-infectious efforts ring hollow.

Jesus. I’m sorry. But Silence! The Musical was worlds apart from Arts After Hours’ 2013 and 2015 offerings. I felt like I do when I am in a room in which everyone loves Lady Gaga and I do not. 2013’s Evil Dead: The Musical was a masterful homage, spoof and love letter to all things Raimi. 2015’s The Texas Chainsaw Musical was a hand-over-mouth ‘should i laugh at this?’ send-up of Ed Gein’s twisted, romantic leanings, plus sprinklings of its cinematic influencee, Leatherface.

But 2016’s production left I and others I spoke to feeling embarrassingly cheated. It resembled nothing of what I’d expected based on previous productions. The humour was obvious, low-brow fare, and when it wasn’t ‘avoiding’ lazy double entendres by asking fellow characters to refrain from making them, it relied solely on spoofing the film (imagine Scary Movie vs. Spaceballs) without any non-spoof humour to prop it up. The production never had a chance in standing up on its own.

No doubt that the actress who plays Clarice is well-equipped to dazzle on both stage and screen. But she is wasted in a show that demands that she extract her role’s only source of entertainment value from a copycat accent that takes a a Southern drawl and shits on it with an inconsistent speech impediment that gets old after five minutes. Hannibal himself is delightfully deadpan, and a  memorable Buffalo Bill gives it his admirable all, but it’s the background players that had me leak out the odd guffaw. The way they effortlessly turn from intro-singing moths to scurrying FBI agents, or background wanking and Tourette-cursing while Clarice did her best Christian Slater impression had me spitting out my beer. I’d happily watch a retelling from their point of view.

I feel like a dick for being this honest but I’m not that important of a human being, so fuck it for saying I couldn’t wait for it to end. Despite gleefully enjoying my last two Arts After Hours shows, I’d never had unreasonably high hopes for this one. But now I’m cautious as to what my next year will bring.