Let’s get this out of the way now: this is NOT the movie you think it is. There’s no creature that you thought was staring at you as the dog barked in the poster. There’s no tangible ‘It’. There’s no explosive gore or legend backstory or expensive sets. This is a small, psychological drama with horror elements about a family trying to survive alone in the woods. And it’s one of the most unsettling films I’ve seen in a while.

The always-watchable Joel Egerton plays Paul, a former history teacher defending his homestead with his wife Sarah (Carmen Ejogo) and their teenage son Travis (a compelling Kelvin Harrison Jr). After they catch an intruder trying to steal water, Paul offers shelter to him, his wife and young son. But soon paranoia and distrust threaten to clog the beginnings of this new dynamic as Paul’s many house rules become increasingly inflexible.

The film is largely split between Paul and Travis’s eyes, after an opening scene from the POV of the infected grandfather, whom the family is forced to kill (and burn his corpse). Writer-director Trey Edward Shults‘s point of wanting to make sure we leave a better time of it for the next generation forms the maudlin tonal thread that adds a layer of dread to the film’s existing social tension and uncertainty. 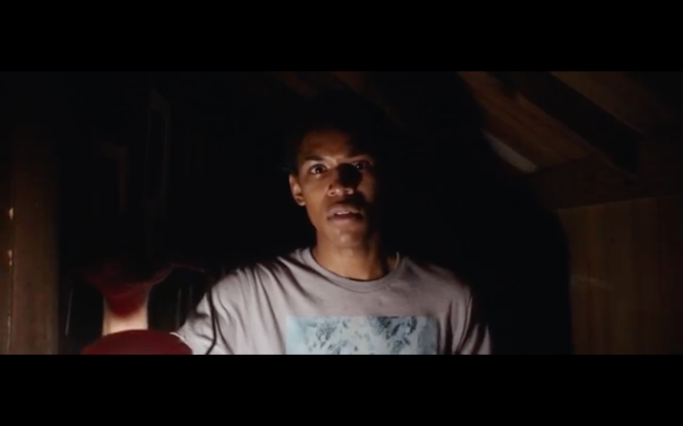 It’s a different kind of post-apocalyptic story, with very little action, no shootouts and no gruesome SFX. It’s plausible; it’s what comes after the action and the shootouts and the zombie pile-ups, where fear and uncertainty and macabre nightmares are the new terrors. There is no law enforcement or government healthcare system to protect you, and you are not a lone wolf – you have family and home and the life you once had to try to preserve. But how can you trust anyone – and what if you can’t trust yourself?

The last man on Earth sat alone in a room. There was a knock on the door.

Watch a cartoon after this movie. You’ll be haunted for days.