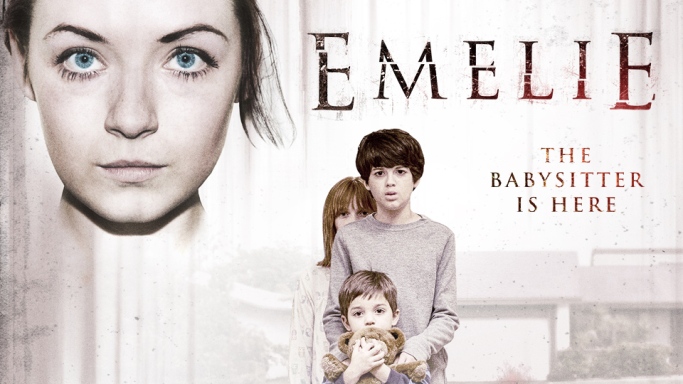 We’ve all seen the ‘bad babysitter’ trope in horror movies, but I’ve yet to see one from pre-teens’ point of view. That said, the real nightmare is babysitting not one, but THREE children. The other day, my oldest friend insisted I tuck in her 4 year-old human because he asked specifically for me. It had to involve pulling the covers over him [but not too far up or he’d suffocate], and kiss him on the cheek. It tasted like oil. I don’t hate kids, but they are OK from a distance. They seem to like me, though.

Anyway, despite my lack of parental instinct, placing younglings front and centre of the horror is unnerving from after the very first scene, in which we see, from a great distance, a substitute babysitter named ‘Anna’ swiftly dispatched. In the next scene, ‘Anna’ is being driven to her babysitting assignment by the real Anna’s friend’s regular babysitting client. Pleasant introductions out of the way and parents off to an anniversary dinner, shit starts to get wild as ‘Anna’ lets the kids run riot, staying up late to eat cookies and play dress-up with anything in the house, even Mum’s expensive cushions (“It’s OK to destroy things for fun,” ‘Anna’ explains).

Soon after, things become rapidly uncomfortable, and the film’s first half is darkly entertaining just to see what horrors ‘Anna’ has up her sleeve. And, kids being kids, are less likely to question their strange new person of authority, especially if they don’t have the capacity to understand how they’re being manipulated. It’s creepy and insidious, making for an unsettling build-up…

…And then it tumbles downhill. Our villain’s motivation is told, not shown, and logically conflicts with the first half of the film until it collapses under the weight of its own cliché-diving. It’s also never explained how she knew how to track down the real Anna. Still, fantastic performances from Sarah Bolger [as the titular character, veering seamlessly between wholesome teenager and unhinged mystery woman] and the kids [especially youngest star Thomas Bair as the human equivalent of a golden labarador puppy] put some pep into the proceedings.