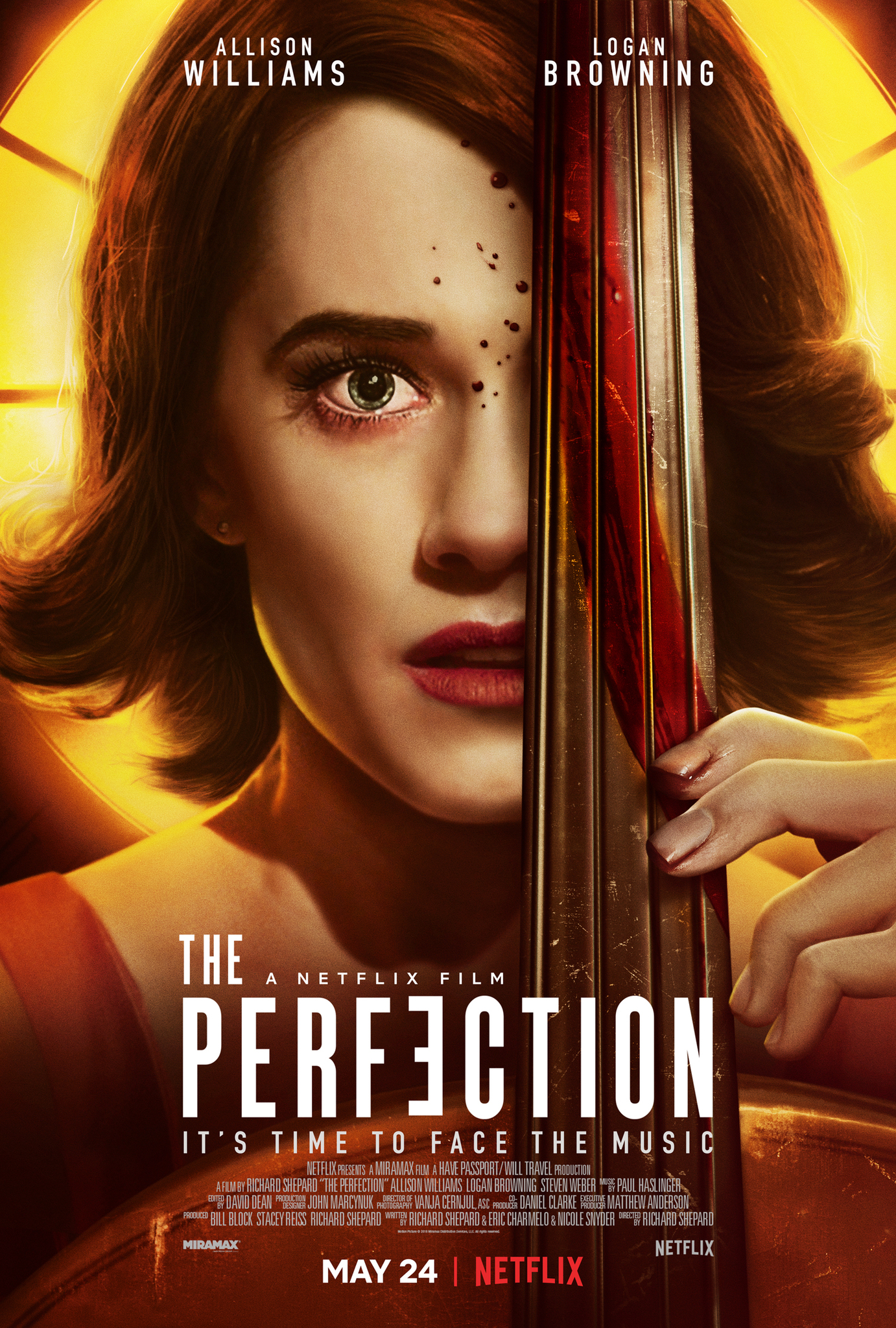 The less I say about The Perfection, one of Netflix’s Originals, the better. Trust me: You’ll want to go into this one blind.

However: hints of spoilers after the jump.

The story plainly enough: After her mother dies, Charlotte (Allison Williams) meets Lizzie (Logan Browning) at a gala in Shanghai. The two are classically trained cellists from the same music boarding school, but the former left to take care of her mother, and the latter is the toast of the classical music scene. Both of them hit it off after being asked to co-judge a new talent contest, but the following morning, Lizzie shows symptoms of a mysterious flu-like illness rumoured to be causing havoc in one of the country’s more remote provinces.

And there I’ll leave it. I’d rather you enjoy the ride, without knowing where you’re going or how it’s going to end. Try to skim the plot holes, gimmicky narrative devices and the dubious use of trauma tropes, and you’ll be rewarded with lashings of dark humour, compelling performances, and grotesque (and occasionally oddly beautiful) imagery. It’s the delicious B-movie fare of Tales from the Crypt-era schlock.