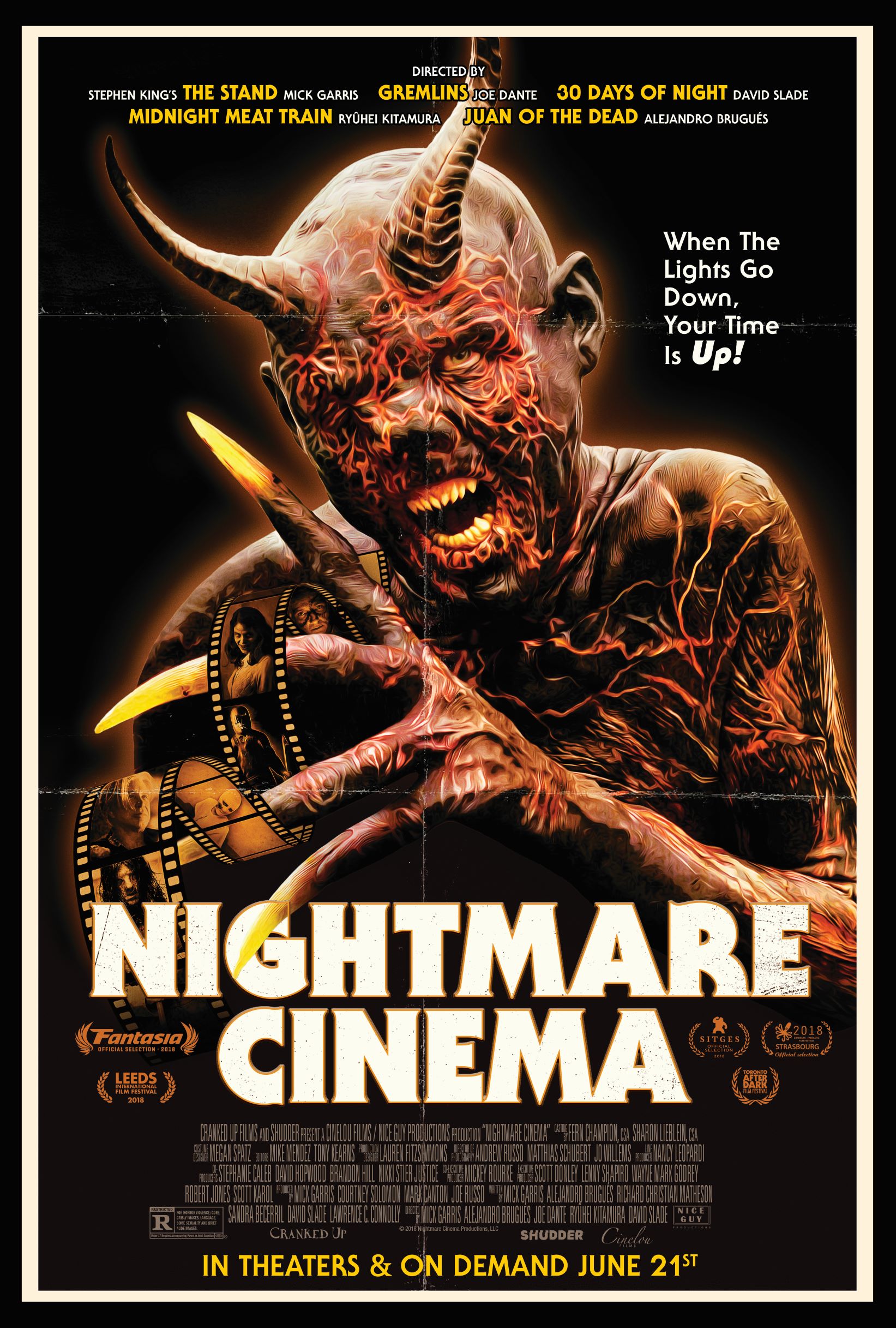 As with all anthologies, Shudder’s latest offering is very much the mixed bag. Nightmare Cinema doesn’t make the most of its gleefully retro framework – a mysterious projectionist luring patrons in to show them short films of their worst nightmares – which is a crime, especially when said projectionist is played by Mickey Rourke! But it’s OK. This is a movie for Hallowe’en watch parties.

The tales, by different directors, vary in style and quality, but the best of the bunch is arguably the first, “The Thing in the Woods”, about a camping trip gone wrong (the less I spoil, the better). On paper it sounds dull, but the segment leans into its campy pastiche and barrels through its scenes with aplomb. The weakest is the Catholic school tale, “Mashit”, which shoe-horns in some random priest-nun fucking that seems to go nowhere, but is redeemed slightly by some ridiculously-soundtracked slaughter scene that you’ll never find in any Hollywood film.

It’s nowhere near the enduring status of Trick ‘r’ Treat, but this works as a fun, bloody midnight horror pick.