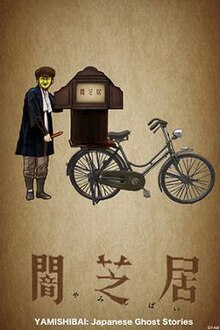 Another anime! But, because these episodes are so short (<5 minutes with opening and closing credits), I’ll write about a handful of episodes that I picked or that were recommended to me.

Yamishibai: Japanese Ghost Stories uses an interesting form of animation – to mimic the paper puppets of the kamishibai paper street theatre of the 1930s. So the characters barely move, but might move up and down or side to side – but it’s done so well that you don’t really notice. The minisodes are based on either Japanese folklore or modern urban legends, and aren’t averse to the odd jump scare.

END_OF_DOCUMENT_TOKEN_TO_BE_REPLACED 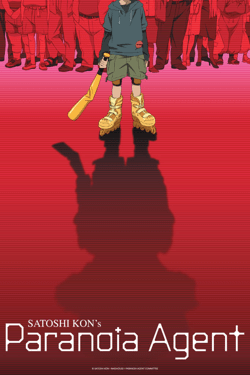 END_OF_DOCUMENT_TOKEN_TO_BE_REPLACED

“You coming to the pub, Chainsaw Phil?”

“I can’t – I’m going to a horror talk on animation at The Horse Hospital.”

It’s my first full season as a proper pass-holder, and my third lecture of this year’s winter semester of the Miskatonic Institute of Horror Studies. And not only was it on animation, but the venerable Robert Morgan (creator of the amazing The Cat With Hands), was there!

END_OF_DOCUMENT_TOKEN_TO_BE_REPLACED

In trying to mix things up this year, I stumbled across this ’80s Cuban animated vampire comedy that looks like if Fritz the Cat remade Count Duckula.

I’m ashamed to say I’ve never seen anything in the way of Cuban cinema, but if I’m allowed to judge their ’80s offerings on this, it’s comforting to know that its raunchy sense of humour is very European. If you can’t make a sex joke out of it,  you can always turn the odd bit of domestic violence into some slapstick cartoon violence.

Our plot is surprisingly  nuanced: Count Dracula’s son has invented a potion that allows vampires to roam in daylight. Great job! Except a bunch of international cartels all want control of it, for insanely brilliant reasons (such as one wanting to keep it hush-hush so that they can continue to make bank from indoor vampire “sun” resorts). To further convolute things, Dracula’s son has been experimenting said potion on his nephew, an aimless, womanising trumpet player who has no clue he’s actually a vampire at all, or why everybody is suddenly after him.

The rest of the movie is an utterly madcap romp through the dodgy parts of 1930s Havana. The distinctive, devilish animation is wonderfully reminiscent of The Pink Panther and Chuck Jones-era Tom & Jerry, with the former comparison bolstered by some impressive trumpet-playing by composer Artruro Sandoval.