As I was brushing my teeth this morning (yes, British people do brush their teeth), I did that thing that people do when brushing their teeth and zone out in front of the mirror, staring at my morning self. I hate mirrors. I hate looking in them and…seeing myself. I avoid them whenever possible, which is why I consistently get a haircut I don’t want after nodding blindly at the mirror-holding hairdresser so I can get the hell away from them. Come on, they even made a horror movie about the damn things.

This mirror is inescapably large, takes up most of the free wall and is helpfully highlighted with a spotlight, meaning you simply can’t ignore yourself.  It was then that I realised how old I looked, and how suddenly (but not really) it had happened. Dark circles under the eyes that can’t be concealed with the same concealer anymore; big creases from the sides of the nose to my mouth (naso-labial folds – sounds gross), and just generally drier skin. It was depressing.

More so because it’s much colder here than in the south of England, and much less humid. Skin gets drier here (which contributes to under-eye circles), and I just hadn’t been able to get into a decent skincare routine.

A trip to Target/CVS/Walgreens pretty much explained why. In the facial skincare section, there’s really only face washes for acne-prone skin and anti-aging face washes. Not much inbetween, and most of it smells the same. Skincare truly seems to be more of a science than the everyday pampering/luxury of back home. There really aren’t many Strawberry face mask-type things that you can pick up for 99p in Boots – at best you can pay about $3.99 for a St Ives scrub that smells faintly of apricot and will linger inexplicably in your hair long after you think you’ve washed it off.

The worst part of this is that, up until a couple of years ago, people were always telling me that they couldn’t believe how old I was, and I was still getting ID’d in bars. It seems that all of a sudden my face just…fell. I’m not just getting old. I’m getting old in America.

I still don’t even bother using moisturiser, and I’ve never touched any anti-aging products, despite the fact that a few of my friends have been using them since their late teens. I guess they’re just something you can, again, run to Boots and just pick up/try; there’s no shame in it. 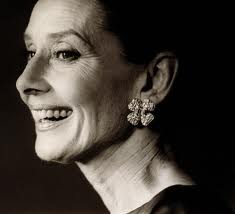 the late audrey hepburn in her 60s.

I thought I would be able to grow old gracefully (yes, the above is wishful thinking for me), but I often forget where I’m living. Youth is still striven for here, but not just that – also perfection in youth. Why else would Megan Fox botch up her face beyond recognition when she was fine to begin with? It’s a concept that’s still so foreign (no pun intended) to me, but so widespread and common here. Even my husband said that when he got older, he would get Botox and/or a face lift, because he works with the public and feels that maintaining his face is part of the job.

One only has to look at celebrities to see my future:

Look up pictures of either of these two women in their unspoiled youth and you won’t recognize them. Is that really what I’m expected to do as the norm in a year or two? A nip here, a tuck there? And this is just my face I’m talking about. What about liposuction or removing that useless little toe so I can squeeze my feet into the most fashionable, pointiest shoes?

I might rebel in typical expat fashion and hope that I can grow old naturally, like this lot: 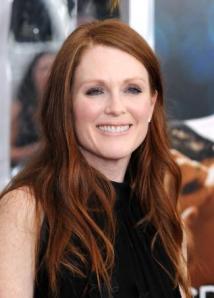 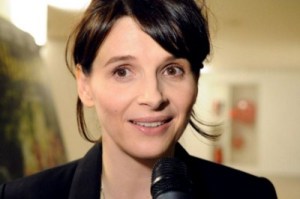 Or, worse comes to worst, if I do end up stretching and face-lifting my leathery hide like a Son’a, it’ll be drum-tight enough for me to finally get to test one of these things:

One thought on “Aging”