Excuse the poor English dub, but, like YouTube’s poor rendering of an already bubbly print, you get used to it.

Yesterday was Dia de los Muertos and, in the spirit of the day, Muñecos Infernales/The Curse of the Doll People, by Benito Alazraki, was profferred by a half-Mexican ghoul/friend. 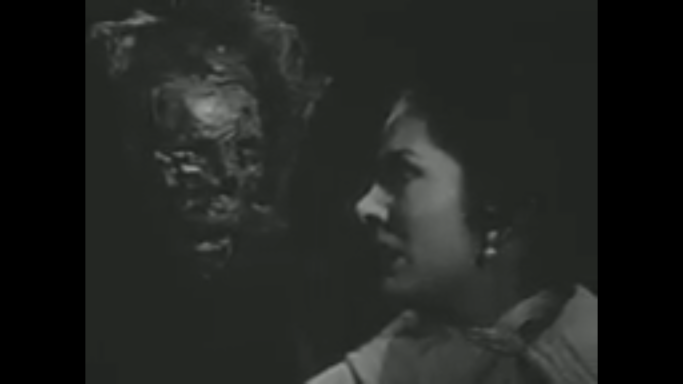 Hollyweird producer K. Gordon Murray transplanted this Mexican horror (among many others) to the US, with a shiny new set of voice actors. Part of the unintentional yet enjoyable humour of this classic comes from the fact that the dub actors’ muted delivery is in such awful contrast to the clearly, stereotypically Latin flamboyance of the actual actors on screen. Sort of like when a singer barely opens their mouth during a music video.

The story typical of that period: voodoo revenge. A dinner party host brags of his latest centrepiece, a voodoo artefact he thieved from the ‘savages’ in some African temple. After a good 20 minutes of incredibly inaccurate lecturing on the practices and rituals of ‘those guys’, we see our merry band of racist burglars being picked off one by one by ‘dolls’ (midgets in masks that might make Leatherface squirm). Said dolls are being composed by said temple priest in a curiously compelling faux-pas of a Mexican in voodoo blackface. 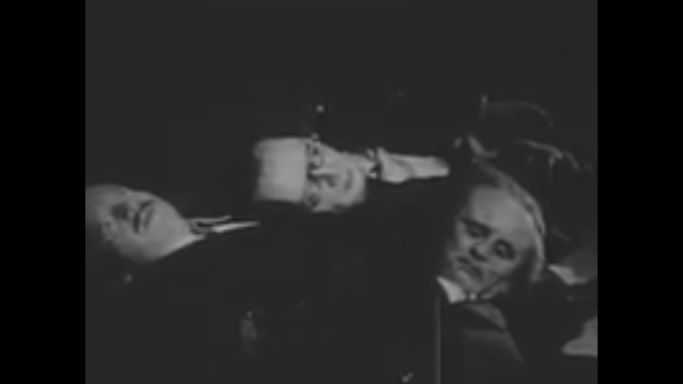 It sounds like the stuff of Mystery Science Theatre 3000 piss-takes; and it is, but it’s also enjoyable on its own merit. Lead actress Elvira Quintana (who sadly died young) is natural to watch, as is Roberto G. Rivera (the film’s only surviving cast member), as the aforementioned minstrel Doctor Strange. There some genuinely creepy shots (a pile of ‘dolls’), a memorable score and some effective camerawork-led scares. And I’m not even one of those weirdos that has a fear of dolls. My phobia is germs. And rabbits.