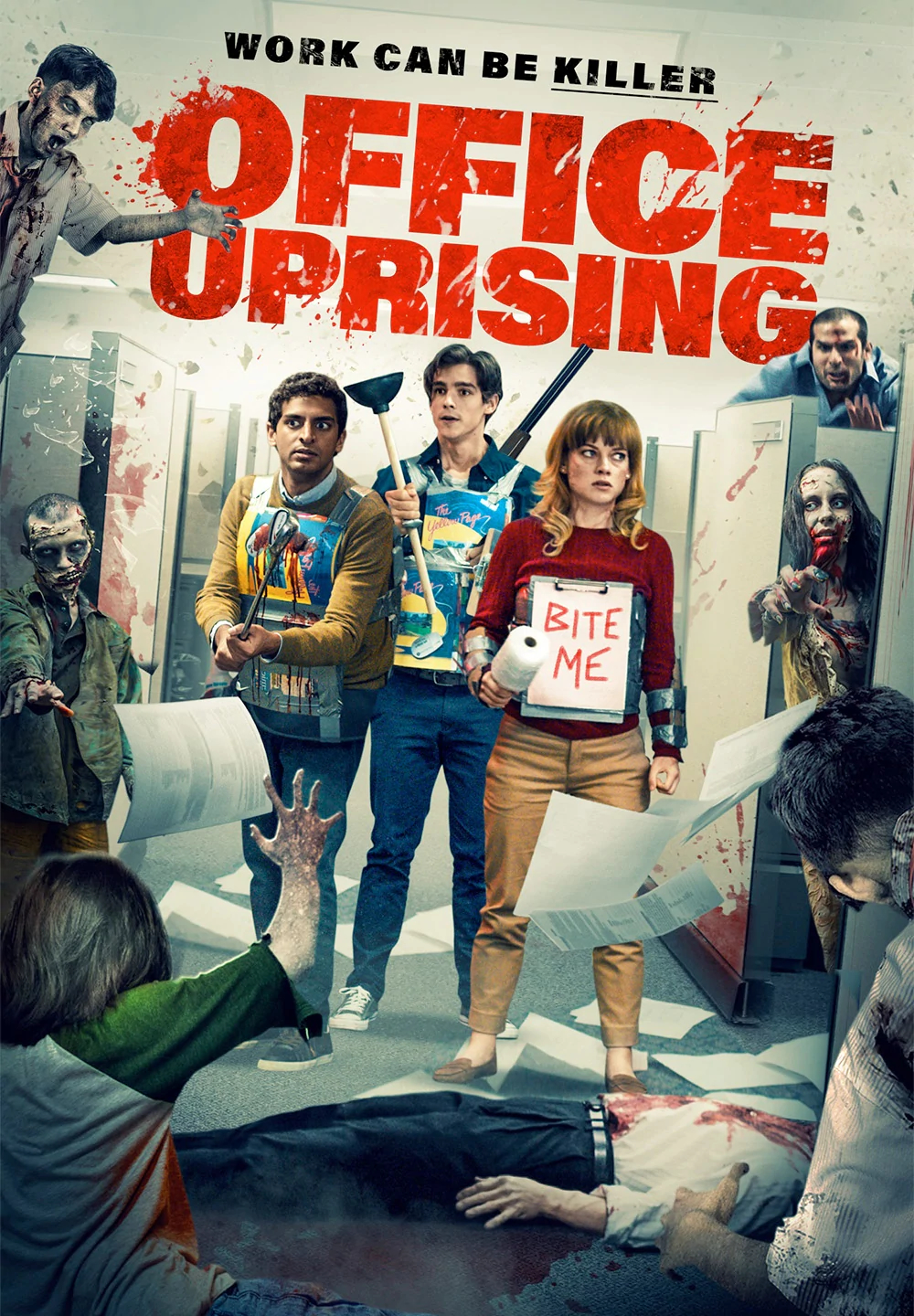 If you’ve ever worked in one of those soulless high-rise corporate offices so maligned in satires like Office Space and Better Off Ted, you’ll chuckle at how such a hellish workplace environment is mined for some bloody dark humour in Office Uprising: roid-rage-y sales teams; ruthless managers, and the entire HR department as (literal) backstabbers.

Desmond (Brenton Thwaites), is a likeable cubicle dweller at a weapons manufacturer, and is caught in that painfully familiar purgatory between wanting to be good at your job and actually caring about being good at your job – which is why he puts off reports until the last minute, regularly misplaces his security pass and is always late. He’s good friends with Mourad (the wonderfully wholesome Karan Soni) and has a mild crush on fellow co-worker Samantha (Jane Levy and her magnetic, deadpan charm).

One day, the office has a bit of a reshuffle – in that some bodies are piled up everywhere and his few remaining colleagues suddenly seem frighteningly short-tempered. He then has an impromptu meeting with his twatty boss Nusbaum (played with show-stealing douchebaggery by Zachary Levi), whose veins begin to increasingly swell blue and purple in his neck. It quickly transpires that a military energy drink prototype was sabotaged to turn anyone who drinks it into an irrationally enraged, super-strong, super-murderous version of themselves (rather than mindless zombie).

What follows is a brisk 90 minutes that’s by turns gruesome, sweet, and hilarious (I actually laughed out loud several times), anchored by several strong performances, even from bit parts (the HR scene is a highlight). It’s a mildly refreshing spin on the undead genre, even in a sub-category that already has the likes of Mayhem and The Belko Experiment. The many fight scenes are genuinely impressive – director Lin Oeding is actually a veteran stunt coordinator – and add some surprising flair to this small slice of corporate satire. It’s a fun bit of fast-paced crazy that culminates in a wonderfully over-the-top climax that I shan’t spoil. See it and laugh until your neck veins pop.